Being a Man in the Nursing Profession

Sabrina Loring, RN, MSN, ANP-C, began as a Surgical Technician over 30 years ago, and went on for an AD in nursing. She received her BSN and MSN from the University of South Maine and has practiced as an Adult Nurse Practitioner in Internal Medicine and Orthopedics. Most recently she has been teaching LPN nursing students, writing medical articles and raising her family.

Since I’m not a man, this question took some research. Over the years I’ve wondered about this topic, so it was a lot of fun interviewing male nurses. I’m happy more men are entering the field of nursing. They bring another dimension to our profession. 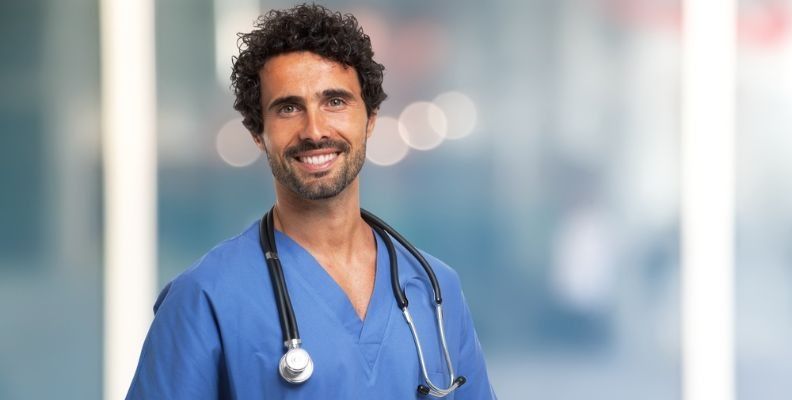 The most common answer to the question was, “Not hard, but different.” The men I interviewed had previously worked in male dominated professions. Several were from a military background, some were EMTs, the others in business or the trades. The former soldiers had done tours in Iraq, and had assisted the medics with injured soldiers. They wanted to begin their nurses’ training, and the fastest way to do that was to jump into an LPN program. They were highly motivated, and had no difficulty at all during their nurses’ training. If anything, they felt they had a higher level of confidence then their female counterparts, especially in the clinical setting. They felt their decision making skills were strong, and they eagerly took on new challenges. Seeing action in a war had given them unique perspective on life and they were very motivated to achieve their goals.

One nurse I spoke to had begun as an EMT, and went on to become a nurse. He had chosen the ER as his specialty, and felt very comfortable as a male nurse. The ER is a “gender neutral” setting for most nurses. He felt that being a man made it easier to deal with more difficult patients that ERs can treat. He wasn’t intimidated by doctors. If he had questions he felt comfortable asking them and was direct in his communications with everyone on the medical team.

The other nurses I interviewed worked in long-term care facilities. One was in a VA hospital. He felt being a man gave him an advantage over his female peers. There was more “camaraderie” with the patients and a greater comfort level for the mostly male population (for example, it’s easier for a man to catheterize another man).

To be honest, I was pleasantly surprised that the male nurses were so comfortable in nursing! Perhaps more men will chose this great profession.